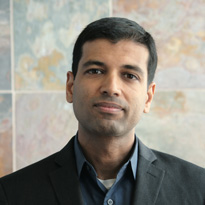 Picture Courtesy of the Center for Community Change

“If we’re going to achieve real economic justice in this country, there needs to be a profound shift in our general political consciousness, and we have to start by dismantling certain myths,” says Deepak Pateriya. “People are not poor because they are lazy. And Capitalism is not the natural state of things. There are other ways of organizing and creating opportunities for everyone.”

Pateriya is chief of staff of the Washington D.C.-based Center for Community Change, a social justice organization that promotes job creation, immigration reform, affordable housing, racial justice, and the removal of barriers to employment that previously incarcerated folks often face. He is also a proud SCOPE alum as one of the first to join the staff in the mid-90s after years working an an organizer for unions in Oakland, California.

At the Center for Community Change, Pateriya focuses on issues around fighting poverty and creating strategies for reframing and changing policy—work he’s been involved with since his early days at the United Food and Commercial Workers and Service Industry Employee Unions. But he credits his nearly eight years at SCOPE as one of the most game-changing experiences in his life.

“I met [SCOPE founder] Anthony Thigpenn in 1995, and a lot of those early conversations, the projects, and my work in helping to create the Power Analysis tool, have stayed with me and have shaped my ideas about how to enact social change,” he says.

The Power Analysis tool is a guide for understanding power relationships in communities, primarily how decisions are made, in an effort to both engage those players and breakdown the institutions that keep the most underrepresented folks from having a say in how their cities are run. In particular, Pateriya was inspired by the new idea of combining electoral work with detailed research and campaign-building.

“It’s a three-pronged approach,” he says, “that’s very versatile and very successful at spreading political education and helping align values among different members of a community.”

The context of South LA also provided him with unique ground for organizing, given the neighborhood’s rich history in rebuilding after the Rodney King riots and the way social justice workers have partnered to privilege local voices in the quest for enacting change.

At the Center for Community Change, Pateriya holds onto the values and goals that took root for him nearly two decades ago:

“I keep in mind the things that are most critical in creating economic justice,” he says. “Workers must be able to organize in order to build power, and we need fair elections that include equitable access to finances and ballots. That’s key.”