On Tuesday November 3rd, SCOPE and the RePower LA Coalition hosted an important and much-needed conversation with the Los Angeles Department of Water and Power (LADWP) on their proposed rate increases.  With our community room filled to capacity with South Los Angeles community members, this was one of the largest community meetings the LADWP has hosted—and the first of its kind in South LA. During the meeting, residents shared their concerns about how the rate increase would impact them, but also asked about what the LADWP is doing to increase access to jobs and solar energy.

Here is what the LADWP and community members had to say.

On the rate increase:

The LADWP staff stressed in their presentation that they are doing everything in their power to reduce costs where they can before increasing customer rates; however in order to prevent major disasters down the road, a rate increase is needed to fix Los Angeles’ aging infrastructure. Many older residents on fixed incomes and residents living paycheck to paycheck mentioned that a utility rate increase could create a significant change in their budget. The RePower LA Coalition and SCOPE want to ensure that these residents are prioritized for efficiency services and rate subsidy programs.

Currently, low-income communities like South LA have disproportionately low access to solar energy and the available subsidies for solar panel installation largely go to wealthier communities in the West Side. During the meeting, several residents shared that private companies from out-of-state selling rooftop solar panels have solicited them repeatedly. However homeowners were unsure of which providers to trust and how their energy bills would be affected. Other residents who were renters were interested in learning about their options for solar power. The resounding message from residents was that South LA wants the LADWP to invest and expand solar energy programs, particularly so renters and low and fixed-income residents can take advantage of them.

South LA has been singled out for its high rates of unemployment and underemployment, only made worse by the recent recession. The lack of public and private investment in the area means that quality jobs are hard to come by. South LA residents, and SCOPE members in particular, are aware of the LADWP’s and IBEW Local 18’s Utility Pre-Craft Trainee (UPCT) program, which creates a pipeline from the pre-apprenticeship level to civil service employment at the Department. SCOPE and South LA community member, Abraham Hernandez, knows first hand how a training position that pays family-supporting wages and provides opportunities for advancement can transform a life. South LA community members and the RePower LA Coalition strongly support the expansion of the UPCT program and increased efforts to target disadvantaged workers with barriers to employment.

Both SCOPE and Repower LA are looking forward to continue working with LADWP and city leadership to ensure that low-income residents have access to good jobs and affordable clean energy. You can see more pictures from the meeting here. 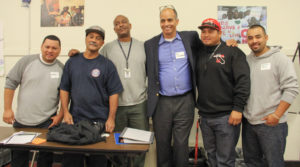 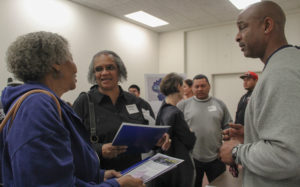 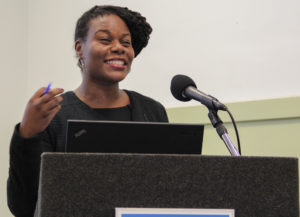 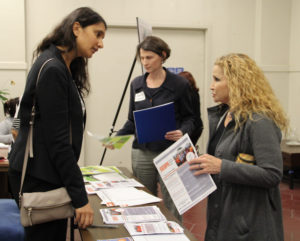 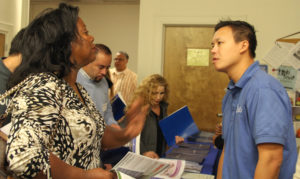 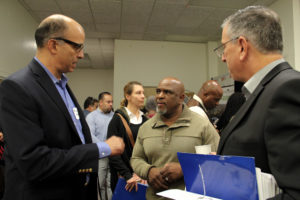