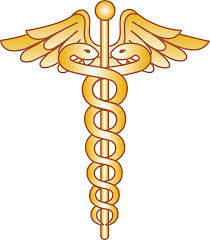 Since the beginning of the year, there has been a record number of enrollment applications submitted for MediCAL, California’s state-support health insurance assistance program. This is no accident: When the Affordable Care Act (ACA) took effect last October, a few key changes in the program occurred, and activists, organizers, healthcare counselors, and other county workers, made sure folks across the state knew about them.

Most noteworthy: The huge spike in the enrollment of younger people, ages 18-34, who often live for years without health insurance, and Latino residents.

“This is a good thing,” says Connie Lo, heath program coordinator at Asian Americans Advancing Justice. “But there’s still a great need for outreach and education because a lot of people still don’t know that they are now eligible for MediCAL when they previously weren’t. And a lot of people still think MediCAL doesn’t offer good, quality health insurance.”

And nothing could be farther from the truth, based on the reports from those actually enrolled in the system. According to a survey conducted by the non-profit California Healthcare Foundation, 90 percent of current members think the program creates access to great healthcare.

SCOPE has been working to spread the word about the ACA and MediCAL’s new eligibility requirements, and the ease with which folks can now apply. Last year we talked to people about enrolling into Covered California, and this year, we are working to spread the word about MediCAL. We’ll be talking to more than 5,000 people about health care and inviting them to an enrollment event at SCOPE on September 20th.

For the majority of enrollees, MediCAL enrollment is free, and for many others the premiums are incredibly affordable. Also, the income-level threshold was raised so that those with incomes 138 percent above the poverty level can now qualify. A few other details that are often brushed over:

• While the deadline to participate in the statewide health insurance market, Covered California has regular deadlines, MediCAL is open year-round;

• You can be childless and still qualify for MediCAL;

• You don’t have to be either unemployed or even uninsured to get MediCAL. You can even be eligible for other kinds of insurance, including employer-subsidized plans.

“It’s a lot simpler to get health insurance in California now,” Lo says. “And we want to spread the word that this opportunity is available to many of our most underrepresented residents.”