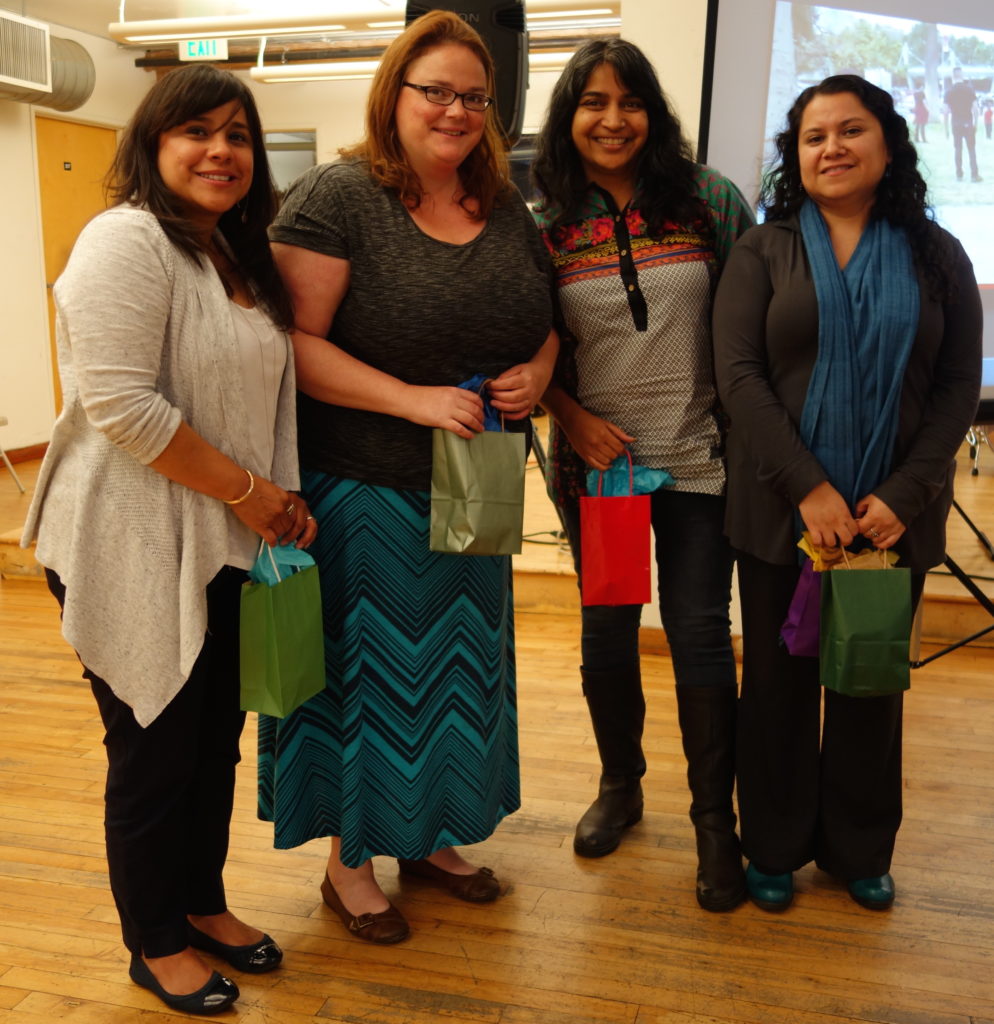 Envisioning a sustainable social justice movement comprised of grassroots groups, community based organizations, and researchers; the Resource Alliance for Social Justice (Real SJ) fosters a space in which networking and collaboration come together to strengthen the capacity of those fighting for social justice. As a SCOPE initiative with the UCLA Labor Center, Advancement Project, Research Action Design, and California Fund for Youth Organizing, Real SJ works in solidarity to increase access to technology, information, resources, and tools that further the work of organizations.

Bridging the divides of theory and on the ground organizing, Real SJ facilitates workshops that help participants gain knowledge and exposure to power-building tools like Power Analysis, Participatory Research, Community-Engaged Mapping, and Digital Organizing. By sharing these skills, expertise, and knowledge with other community organizing groups, they help build the capacity for collective action in the larger social justice movement. Groups learn to be strategic in their use of these tools in order to strengthen their social justice work.

Now in their third year of collaboration with the UCLA Community Scholars Program, Real SJ provided support and expertise to the 2015 class who, in response to the humanitarian crisis of the increase in families and unaccompanied children coming to the United States from Central America, produced research and tools to UCLA urban planning students and grassroots organizers to develop best practices that support immigrant integration in the neighborhood of Pico-Union. As part of Real SJ, SCOPE training director Gloria Medina and researcher Laura Muraida facilitated a power analysis training with the scholars and provided research support on for their projects. These resources helped in the development of community-oriented resource guides that highlighted education, labor, health, and housing as part of immigrant integration.

For the education project, the community scholars wanted their guide to not only be reflective and welcoming, but also accessible and relevant. Through focus group interviews with children from the Bresee Community Center, which provides resources and services that addresses the health, social, and educational needs of at least 25 recently arrived Central American children, the scholars decided that their efforts and resources would be channeled through the creation of a resource guide. Along with the additional support of Bresee staff and case managers, the guide itself offers phone numbers to organizations and groups that can provide resources and help in the Pico Union neighborhood. This includes, but isn’t limited to legal aid, healthcare, employment, art and recreation.

Taking into account that many of these resources aren’t accessible to everyone, they created the guide that is culturally inviting and celebrates their Central American heritage. For group member Cristina Gonzáles, being part of this project was also a personal investment. “The reason I chose to work in this group is because I believe education has the power to change the world. But not capitalist education. Community based education and sharing. I chose to learn from the kids and the quotes are proof that they have a lot to teach us.”

All four groups that participated in this year’s community scholar’s class presented their work to community members and also to the Los Angeles Mayor’s office. Their hope is that the information gathered and presented will aid the city and other institutions, such as the Los Angeles Unified School District, to better support of programs and efforts aiding Central American Families.

For Victor Enteriano, another member of the educational group, the project gave him an opportunity to fight back against the negative stereotypes that dominate the media. “As a Salvadoran myself, I was unhappy to see only the worst aspects of Central America being selectively focused on and emphasized in the mainstream narrative. The guide is an attempt to contest that narrative and present an aspect of Central Americans that is not expressed: the colorful nature of our cultures, our innate sense of joy, and belief in hope for a better future.”

By lifting up and providing support to others, the greater social justice movement benefits as a whole. “Real SJ brings a wealth of knowledge and experience to help better prepare the transition from the theoretical to the practice,” says Gloria Medina. “Linking the connection between their academic knowledge as students and grassroots experience as community leaders.