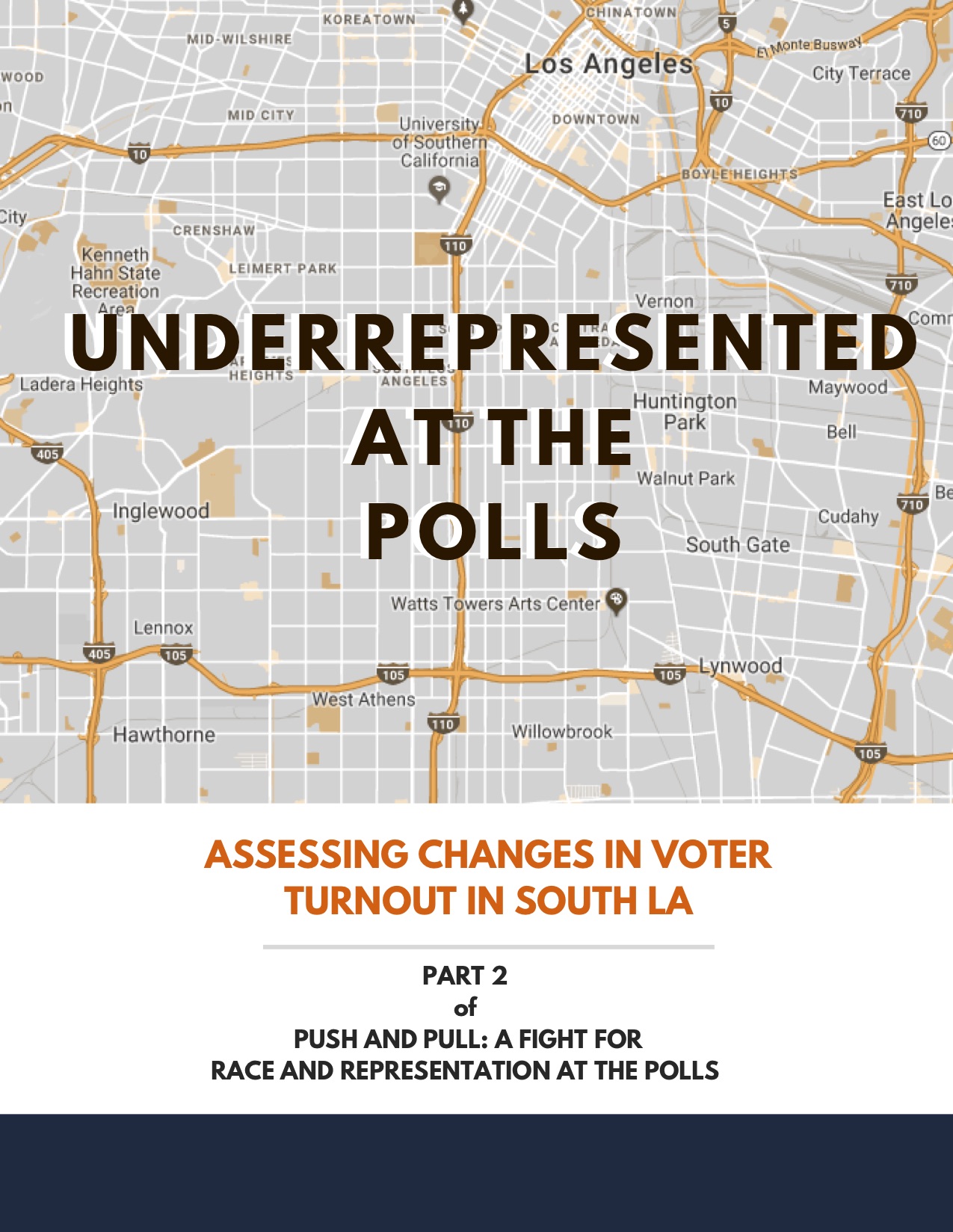 In our second installment of Push and Pull: A Fight for Race and Representation at the Polls, we take a look at how South LA voter registration and turnout at the polls has changed since the Great Recession and in its aftermath. We found that worsening economic conditions in 2008, the candidacy of our first African American president, as well as major ballot measures on same-sex marriage, abortion access, and criminal justice, catalyzed voters. However, following the recession, South LA saw a simultaneous spike in registered voters and decline in residents that actually voted. In 2016, only 55 percent of registered voters cast their ballots compared to 68 percent in the County, and this trend was particularly pronounced for Latino and youth voters in South LA. This surge in registration but downturn in voting points to the need for sustained voter engagement efforts and a correction of de facto voter suppression such as long wait times at polling locations and increased use of provisional ballots in communities of color.